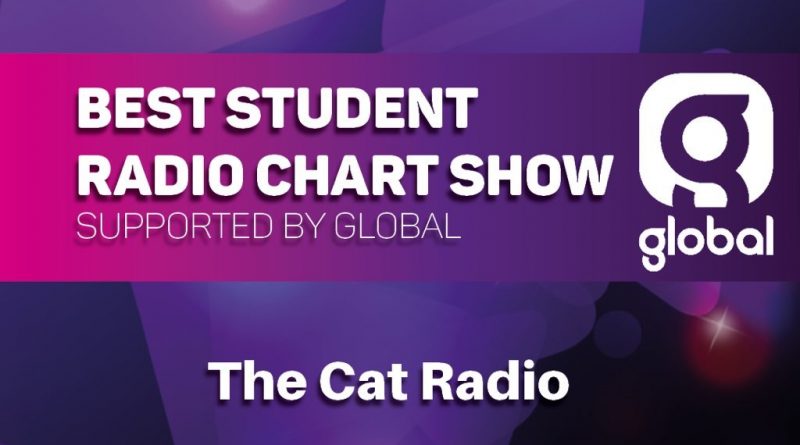 We are extremely proud to report that The Cat Radio has won a major national award this week!

This year there were over five hundred entries across sixteen categories. The awards are judged by over one hundred industry professionals to produce a shortlist of six nominees in each category. The nominees are then whittled down to a Bronze, Silver and Gold award winner by some of the biggest names in radio.

Student stations are invited to host the chart show each year.  In March 2018 Richard Wolfenden, Michelle Homan and Craig Taphorn presented the programme that is syndicated on student stations up and down the country.  Will Dell and Cat Warren produced the programme.  An interview with 2017, The Voice UK winner, Mo Jamil featured on the show. Mo has also been a guest coach on the 2018 series of The Voice UK on ITV and actually featured on the channel the night before the chart show on The Cat Radio, singing his new track. 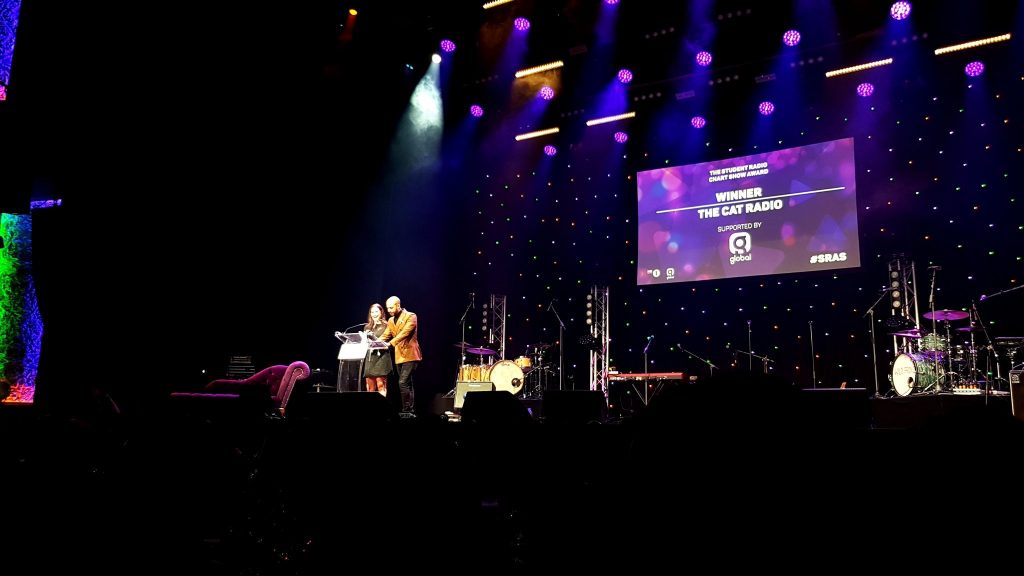 ABOVE: The best student radio chart show was revealed on the night by the hosts of the Vodafone Big Top 40 and Heart/Capital presenters, Marvin Humes and Kat Shoob!

Presenter Richard Wolfenden, 26, from Liverpool, picked up the award on behalf of the station and the students “I have never run down a flight of stairs as fast in my life as I did when I went to collect the award!  It genuinely was a team effort. Craig Taphorn, Michelle Homan, Cat Warren and Will Dell made a brilliant team on air and behind the scenes and thanks to Michelle Ponting as well for encouraging us all to do it!” 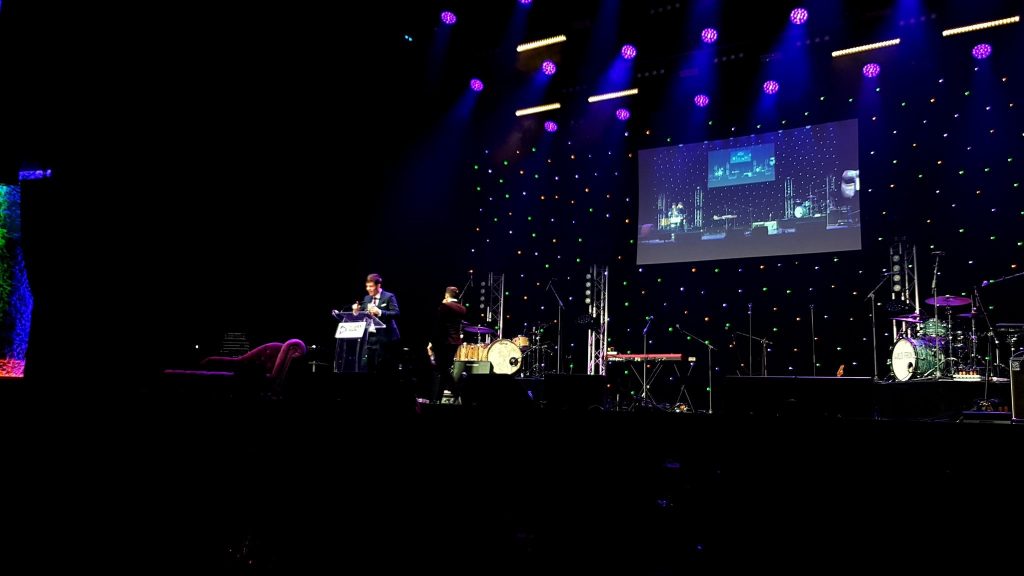 ABOVE: Presenter Richard Wolfenden collects the prize on behalf of fellow presenters Michelle, Craig & producers Cat & Will as well as The Cat Radio.

Programme Leader Michelle Ponting: “It was a great show put together by two great producers – Cat and Will and presented by three great talents in Richard, Michelle and Craig.  This is a great achievement. I have been contacted by one of the judges who said it was the best by far…but we knew that anyway!”

Will Dell, 22, from Leeds: “The SRA Chart Show is a big event for us, and I had a blast co-producing it with Cat.”

Catherine ‘Cat’ Warren, 21, from Flint, North Wales: “Producing the SRA Chart show was incredibly fun, despite being at one of the busiest times of the academic year and that was all down to the amazing team of presenters and the ongoing help from my co-producer Will Dell and lecturer Michelle Ponting.”

Will Dell’s ‘The Mind Guide’ was also nominated in the best Podcast category. The Mind Guide is a five-part podcast series all about Mental Health and Wellbeing. The Mind Guide was created to coincide mental health and wellbeing awareness week in May. The episodes were: Substance, Lifestyle Medicine, Mindfulness, Chasing the Stigma and Take a Walk. At the end of each episode, listeners were invited to join in with ’60 seconds of meditation’, to relax to some soothing, relaxing sounds.

For more about Radio Production at the University of Chester: https://www1.chester.ac.uk/study/undergraduate/radio-production-combined/201909