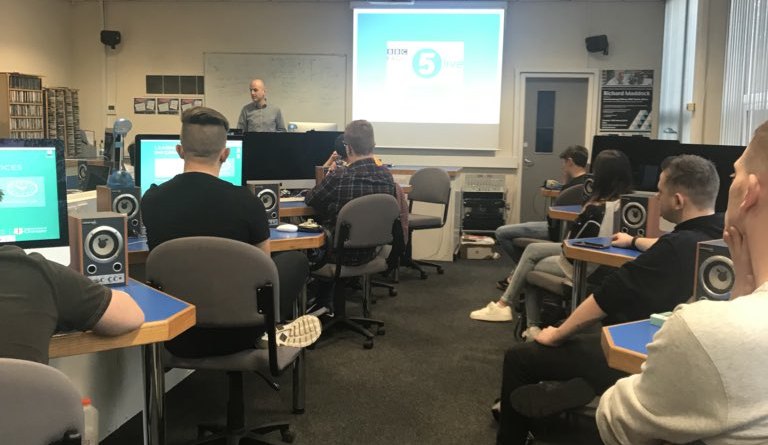 Richard Maddock, Commissioning Editor at BBC 5Live, came back to the campus he was once a student at to talk to third year students.

Once a boss at commercial radio group, Maddock, now commissions radio programmes and podcasts on the BBC national station and BBC Sounds. He also works with independent production companies to find the very best content for the radio station – which receives at least five million listeners a week!

Maddock joined Radio Production students at the University of Chester as a guest lecturer. He spoke about how he got into the industry, the commission process and idea generation and how both become a reality.

Student Victor Goras said: “It was an interesting talk. Richard gave us many valuable tips about documentaries and podcasts which changed my perspective and the way I will produce content from now on! I hope I will meet Richard again, either via University or perhaps, in the near future, working”.

Michal Bryza Broadcast Production and Presenting student said: ”Richard was very informative and I have gained more knowledge on how to produce an effective piece of audio”.