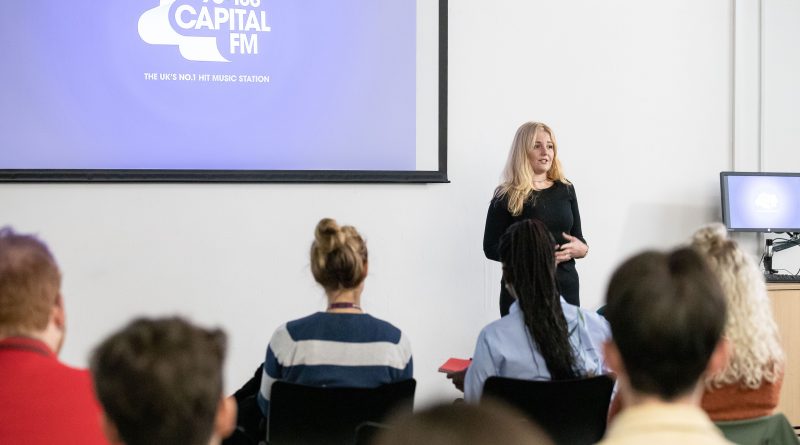 Students studying Radio Production at the University of Chester have been nominated for national awards as has the campus radio station.

The Student Radio Association Awards, supported by Radio 1 and Global radio take place every year. Categories are judged by more than a hundred industry professionals. To produce a shortlist of six nominees in each category. These nominees are whittled down to a Bronze, Silver and Gold award winner by some of the biggest names in radio.

The Cat Radio is up for Best Student Radio Chart show – which it won Gold for last year. Masters students Dan Baker, Michelle Homan, Nicola Pearson and Madeline Twigg produced and presented the programme that broadcasts on all student radio stations.

Nominated for Best Podcast is student Max Rushton’s Welcome Home Friends. Set in a dystopian future, where the world has been turned upside down and everyone is watched – Welcome Home Friends follows two survivors on a dangerous journey to The North, attempting to get out of their home that is now run like a police state. Max, 21 from Bloxwich, said:”It’s amazing to see my podcast be nominated for one of the SRA’s. From the initial idea, scriptwriting, casting and directing, editing and making accompanying website, all of the hard work makes me feel proud to be nominated.”

Radio Production Programme Leader Michelle Ponting said: “I’m thrilled and very proud of my students, as ever. They put an immense amount of effort in to each of the projects and the chart show. It’s great to see their work recognised on a national level.”

The announcements were made during the Student Radio Association Training day which was hosted in the North West Media Tower at the Warrington campus.

Six industry guests gave students an insight into the world of radio and audio. Members of the SRA from across the North West and Wales were invited to the event.

Lydia Athey from Capital radio gave a talk about station sound. Ben Cartwright, one of the producers of Radio 1’s Life Hacks and the podcast I Sexted My Boss spoke about his role. Darren Tan of ReelAudio gave a workshop about station sound. Ben Sheppard, Capital Radio presenter took questions about working in the industry. Adam Fowler, documentary maker, gave tips and advice about ‘getting the story’ and Rob Tobin, producer of the UK Chart Show for Bauer radio gave advice about how to create an amazing chart show.

The awards are held at the indigo at the 02 in London on Thursday November 7th 2019. It’s billed as the biggest night in the student radio calendar.

For more information about Radio Production at the University of Chester: https://www1.chester.ac.uk/study/undergraduate/radio-production-combined/202009