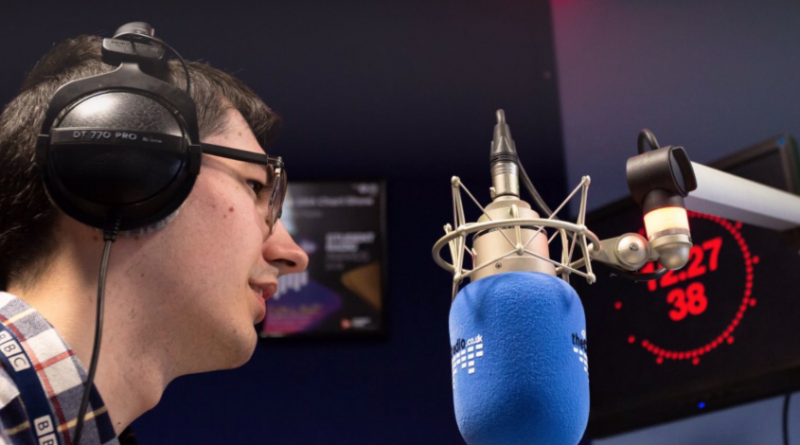 The Cat Radio, which is based at the University’s Warrington Campus, walked away with the Silver Award from this year’s prestigious Student Radio Awards.

Contracting to Cheat, an hour long programme about Essay Mills produced by Radio Production and TV student Tom Marland as part of his final year radio project, received the Silver Award for the Best Journalistic Programming category supported by BBC Newsbeat. The 23-year-old, from Middlewich, went to the star-studded event in London, just two days after graduating at Chester Cathedral, to pick up the award.

Tom, 23, from Middlewich, said: “After such an amazing show put on by the SRA at Indigo at the O2, I was thrilled to have walked away with Silver in my category and have had some amazing and constructive feedback. I really wanted to tell the story and bring light on this ever growing issue, in a way that caught everyone’s attention and kept them glued to the investigation!

“I sincerely hope that for anyone who listens, it will make them realise the damage contract cheating does, not only to higher education, but also to the personal development of the students themselves.”​

The Cat Radio was also nominated for The Best Student Chart Show and Best Podcast.

Radio Production Programme Leader, Michelle Ponting, said: “To get three nominations was fantastic. I continue to be proud of the work and effort the students put in. I am particularly happy for Tom. It’s a well-deserved recognition for a really, really, good programme.”

The Student Radio Awards have over 500 entries across 16 categories. They are judged by over 100 industry professionals, to produce a shortlist of six nominees in each category. The nominees are then whittled down to Bronze, Silver and Gold Award winners by some of the biggest names in radio.

The ceremony, which takes place each year at Indigo at the O2, is one of the key events in the radio calendar and a highlight in the world of student media.