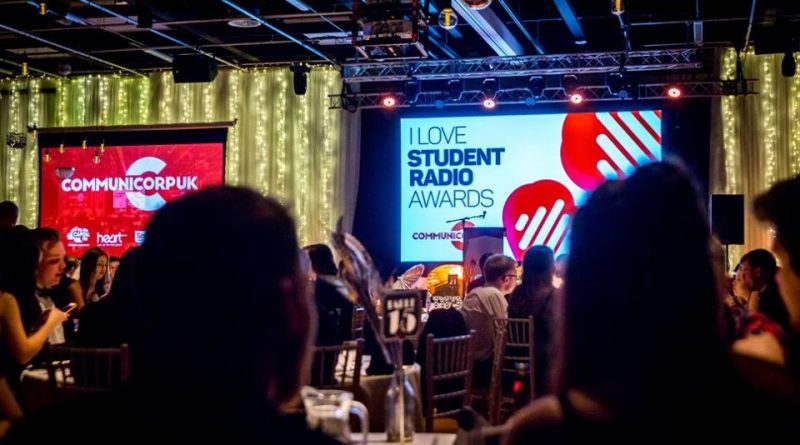 The I Love Student Radio Awards, are held annually at the National Student Radio Conference and aim to celebrate the commitment and contributions to student radio. 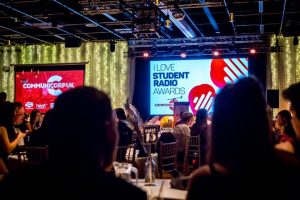 The winners were announced at the Student Radio conference in Leicester on Thursday, April 20. Russ Pollard (pictured left), a final year student studying Radio Production, won the ‘Most Committed Committee Member’ category. Russ, 39, from Warrington, was entered into the awards by a fellow student for the category that recognises ‘Somebody who has led from the front, and been able to motivate their team to achieve great things’.

The winners were announced at the Student Radio conference in Leicester on Thursday, April 20.

Radio Production student Tommie Watts, 27, from Nantwich wanted to finish his degree in style and arranged a 24-hour radio show during which he raised more than £320 for Warrington’s RSCPA Centre. As a result Tommie received a nomination for ‘Best Outreach Project’ which recognises a ‘project that has helped raise awareness of a cause and taken a lead in fundraising for it’.

Last year The Cat Radio, which is based at the University’s Warrington Campus, won the Best Training Initiative, a category the team was nominated in again. The award is given to the radio station that ‘offers members an outstanding training scheme’. That could include master classes with the industry or training days. This year students have learnt from BBC Breakfast, Football Focus and BBC 5Live’s Dan Walker; they’ve had a training session from Bauer Radio’s Editor in Chief John Pickford and a voice training session from Global Radio’s Senior Commercial Producer Shelly Smith.

Radio Production Programme Leader, Michelle Ponting, said: “Winning one of the categories last year was a huge boost for the students and for the station’s profile. To get three nominations this year in the only categories we entered is fantastic. To walk away with a win is just brilliant”

Russell Pollard said: “I love being part of The Cat Radio family. Being a member of the management team this year has been a real highlight of my time at university. I am going to miss it. It was really nice to be nominated as it came from my peers – the best kind of recognition you can get. My win is for the whole station, not just me.”

Tommie Watts said: “Receiving an I Love Student Radio award nomination was unexpected and really exciting. When planning my 24-hour show on The Cat, I never anticipated the outreach I generated and the rewarding feeling of helping the local community. I hope my project enthuses other students to be creatively involved with extra- curricular activities within The Cat Radio.”