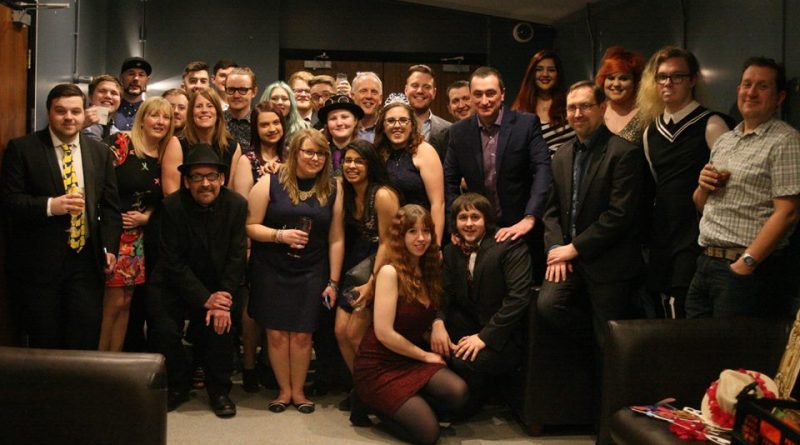 BBC Radio 5 Live’s Phil Williams was one of the guest speakers at a glitzy award ceremony at the University of Chester.

Phil Williams is a graduate of the University. He returned to give students an inspirational speech at the ceremony. Since graduating he has worked at Radio 1 and BBC Local Radio but he is now famous for presenting the 5 live show ‘Up All Night’.

Phil was joined on stage by Bauer Media’s Owen Ryan. Owen is an internationally experienced content director. Over the last 17 years he’s worked with all the major radio groups – in the UK and in Australia. He is now Bauer’s Group Content Director – and oversees the output on Manchester’s Key 103, Liverpool’s Radio City and Lancashire’s Rock FM to name a few.

The awards were organised by the students and celebrated their successes. Categories included Best Male, Best Female and Best Newcomer and they were judged by industry experts including XFM’s Hattie Pearson, Rock FM’s Stu Tolan and Bauer Media’s Editor in Chief John Pickford – some of whom attend the event.

Student Dani Waterhouse said “I’m glad everybody had such a good evening. The level of support we had from the industry was amazing. The Cat Radio has had such a great year this was a fantastic way to celebrate and shout about our successes”.

The 1975, Eliza and the Bear, Turin Brakes, Newton Faulkner, Sandi Thom and Elbow’s Richard Jupp are among those who have been interviewed by The Cat Radio this year.

Radio Production Programme Leader Michelle Ponting: “The students have produced a lot of great work this year. The support we have from industry experts this year has been fantastic.”